Published in Getting Started

The goal of this feature is to help you build PDF reports with your tracks results, that you will be able to share within your team or with your clients. To make it even better, the report can be branded with your own company logo!

Let’s take a minute to go through the features of this Reporting module.

A report is related to one track of your choice and will gather all the data about this track into one single place. The report can be generated every day, once a week or once a month.

When configuring your report, you have to select the report type you are interested in. You have the choice between:

A lot of settings and filters

We have tried to make the report as customizable as possible, so that you can select exactly the data you need from Spotify and Apple Music. Reports data is mostly split into two categories: charts and playlists.

We have split the charts data into three different items that you can enable/disable independently. 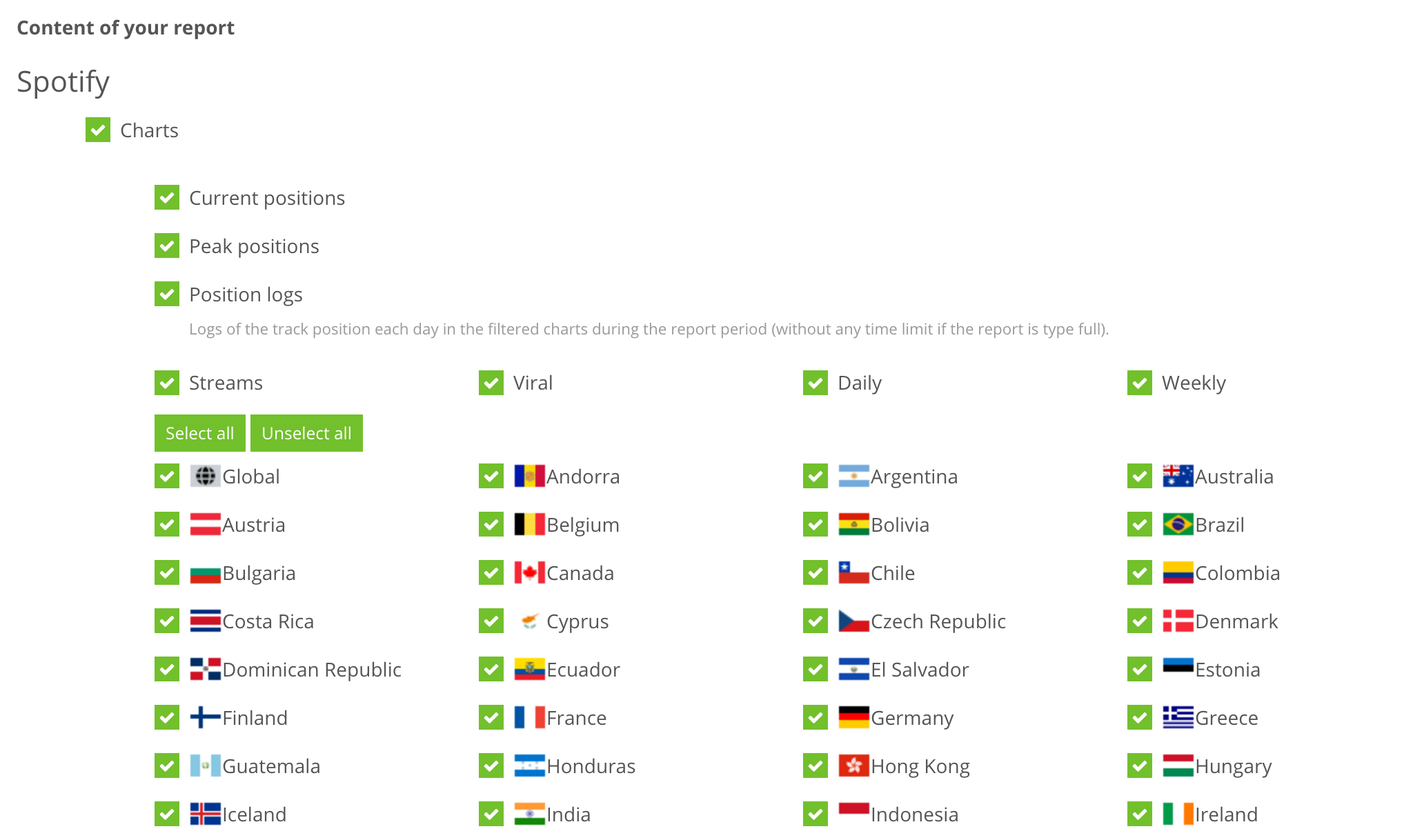 Finally if you are only interested in a few markets or charts type (daily/weekly, streams/viral), you can also add your own filters.

We know playlists adds is what is most important for most of our users. This is why we have put a lot of attention into this part of the report. 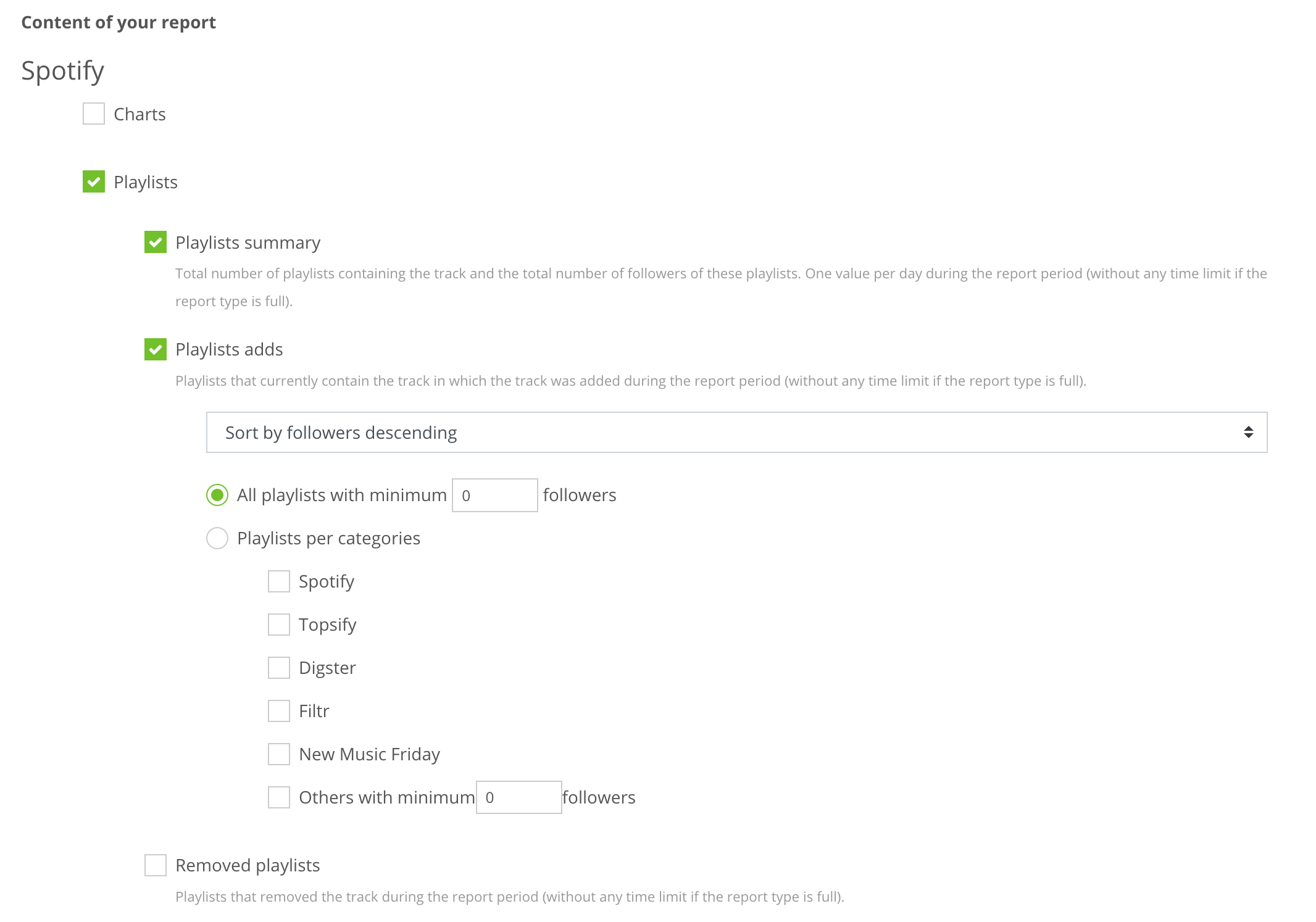 For the playlists adds and removed playlists, we of course allow you to filter based on the number of followers (Spotify only) as you might want to exclude very small playlists from your report. We also give you the possibility to see the playlists per category instead of one big list. The categories we have now are: Spotify (official Spotify owned playlits), Topsify, Filtr, Digster, New Music Friday, Apple Music (official Apple Music owned playlists). We have tagged manually the playlists into these categories, so in case you find any problem or missing playlist please let us know.

We wanted to make sure that the PDF report that we will create for you will be as useful as possible, which means that you can share it as it is within your company or with your clients.

That is why we allow you to add your own logo at the top of the report and also any custom text you might want to put at the top of your report.

The reports are generated when the daily charts have been published, and are delivered to your inbox as soon as they are computed. Usually, the reports generation happens between 7PM and 9PM (UTC time).

Next to the Track reports, we also offer an other type of report specifically related to Spotify New Music Friday playlists. This is our next step in this Getting Started guide.